THE VILLAGE HALL IS OPEN FOR BOOKINGS

We are delighted to confirm that the Village Hall has reopened (following COVID Guidance).

Several regular classes are held in the Village Hall – from September 2022:

What events would you like to see in the Village Hall?
Please let us know your thoughts by contacting one of the Trustees. You are welcome to plan an event!
Coffee Morning / PopUp Pub / Book Club / Bridge Lessons / Sewing Group / More…

Built as the village school in 1825 it was deeded to the village as a hall in the 1960’s. The hall has been extended several times, most recently in 2008 when it was fully refurbished. It provides the key public facility in the village and is available for hire by villagers or others with the agreement of the Trustees. It is currently used for meetings, classes, public and private social events, film shows, and entertainment etc. It also has a wide range of equipment that is available for hire.

The hall is owned and run by the  Harringworth Village Hall Trustees, as established by the Trust Deed. They are appointed each year at the AGM and are responsible for the care and upkeep of the Village Hall, for the benefit of the inhabitants of Harringworth. The Trustees are unpaid and meet at least four times each year. It is a registered charity, Charity No. 273826.

The village hall has a large main room with a newly refurbished wooden floor, good heating, a light decor and Bluetooth sound system. There are facilities for up to 80 guests with a well equipped kitchen available for use. Some of the equipment can be hired for use elsewhere for a small charge, as listed below. The hall can also be hired for table tennis with the two tables free to use, on payment of a booking fee.

Equipment included with the booking:

Equipment available for hire (for a function away from the hall):

The hall has two table tennis tables available free if the hall is booked out. The booking fee is £10 per hour with a special rate for residents of Harringworth.

*Note: the marquee is hired at your own risk and liability insurance is recommended.

If alcohol is to be sold the hirer will need to provide their own licence (TEN), available
from East Northants Council.
Please inform the Secretary if you have applied for one. 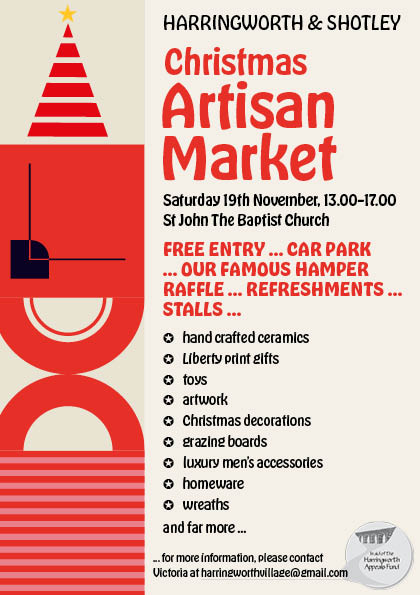